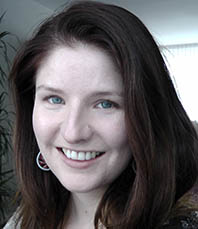 Mandy Absil (1982, South Africa)
lives and works in The Netherlands as an Independent Filmmaker.

Mandy has a creative background in the
Fine Arts having specialized in Interactive Video Art and Installation at the Royal Academy of Fine Arts, after which she completed her Master of Fine Art in
Film Directing at the École Internationale de Création Audiovisuelle et de Réalisation (EICAR), in Paris, in 2008. During her time at EICAR, Mandy wrote and directed three short films.

Mandy has worked on Dutch feature films in the Art department and Directing department. She has a passion for the editing process and offers her services as an experienced
Final Cut Pro and Premiere Pro editor.

Since 2010, Mandy’s main focus has been documentary film making. She has directed and produced several short documentaries  and is currently working on the production of a feature documentary.