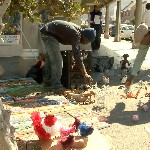 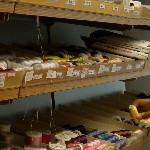 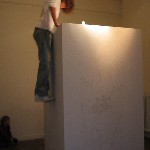 While Documentary Filmmaking is Mandy’s main focus she is experienced in various forms of film making, from fictional filmmaking to interactive video installation. Her background in the Fine Arts and wide range of artistic skills allow for enticing and creative work.

Mandy aims towards creating “Film as a tool for Change”

Documentary. To Mandy this is one of the greatest formats for a film as a “Tool for Change”. Capturing someone’s story in such away that real issues of the World are dealt with in a cinematic way. The idea is not to preach, but to create awareness in the viewer though the eyes of the subject.

Fiction. Where the imagination can take us. Within fiction anything can be made to happen, any world created. It’s a wonderful place of possibility, which Mandy greatly enjoys venturing into.

Promo. Short films, which capture the core of a company or persons’ practices. Mandy works with people and companies who offer more than just a product to society. They or their products contribute to the wellbeing of humanity. These short films artfully and cinematically give the audience a strong sense of the essence of the person or company, while at the same time promoting their products.

Editing. Where the picture comes together. One of the most inventive stages of the film making process. Mandy delves deep to find the possibilities of this stage of filmmaking to create a compete and well balanced film, always working towards the vision of the film’s initiator.

Interactive Video Art and Installation. A space, a viewer, a camera, a reaction.
Taking film off the screen and into a space, creating and manipulating perceptions. Mandy’s Interactive Video Art Installations have laid the groundwork for the creative films she makes now. Her background in Fine Art allows her to see multiple creative solutions and possibilities for story telling in Film.